Kata are fixed patterns that teach kendoka the basic elements of swordsmanship. The kata include fundamental techniques of attacking and counter-attacking, and have useful practical application in general kendo. There are ten Nihon Kendō Kata. These are generally practised with wooden swords bokutō or bokken. Occasionally, real swords or swords with a blunt edge, called kata-yō or ha-biki, may be used for display of kata.

The forms of the Nihon Kendō Kata were finalised in 1933 based on the Dai nihon Teikoku Kendo Kata, composed in 1912. "It is impossible to link the individual forms of Dai nihon Teikoku Kendo Kata to their original influences, although the genealogical reference diagram does indicate the masters of the various committees involved, and it is possible from this to determine the influences and origins of Kendo and the Kata."

In 2003, the All Japan Kendo Federation introduced Bokutō Ni Yoru Kendō Kihon-waza Keiko-hō, a set of basic exercises using a bokuto. This form of practice, is intended primarily for kendōka up to second dan, but is very useful for all kendo students which are organised under FIK. Kata can also be treated as competitions where players are judged upon their performance and technique. 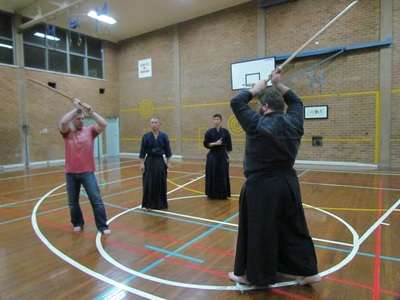 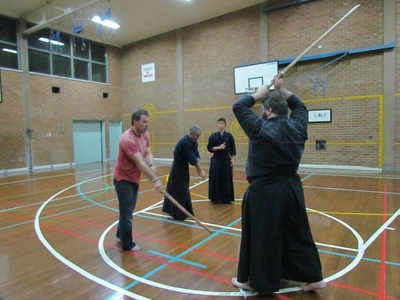 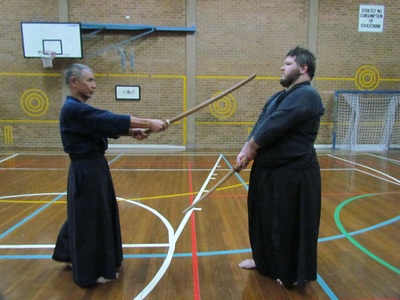